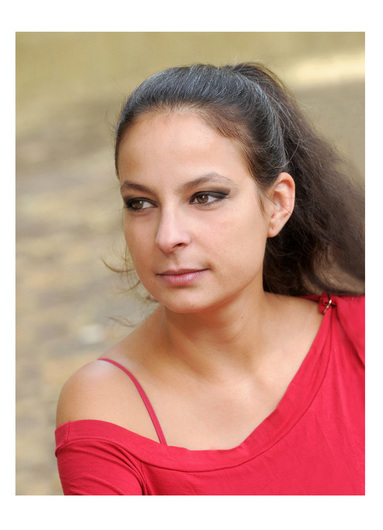 ​
​I am Zsofia Opra-Szabo, a theatre designer from Budapest, Hungary. I studied at Hungarian University of Fine Arts and have a degree in costumes, set, and puppet design. After completing my degree, I worked as a designer for many different theatres in Hungary and Romania. My puppet and set designs have been showcased in both Budapest and Prague in multiple exhibitions.

I have a strong belief that all aspects of fine art and theatre are connected. My interests are in visual arts, theater and movement interaction.
My desire to learn more about theatre and different cultures brought me to the Canada. In 2015 I received my MFA in Theatre Design from the University of Alberta.

During my degree, I also began working on my own art project which is an experiment to explore the borders between theatre, fine art, and puppetry. This art project was exhibited at the University of Alberta, as well as at both the Hungarian and Polish community halls in Edmonton.
In the spring of 2015, I received a grant for my project “Sophia” from the Alberta Foundation for the Arts, which is a short stop-motion animation film that was born from my original experimental art project.
In the spring of 2015 I also created and taught a new course in puppetry at the University of Alberta. I have also taught mask workshops at U Alberta and created masks for a variety of theatre and dance projects.

I am interested in all aspect of art and design from theatre through fine art- from films to interior and fashion design.
I believe that the creativity shows itself in any medium.
Download CV   cv_zsofiaopra-szabo_2019.pdf